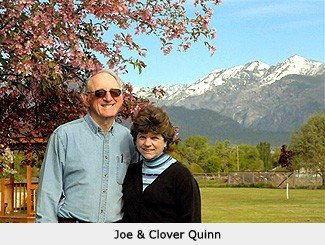 Wild Rose Emu Ranch is nestled in the heart of the beautiful Bitterroot Valley in western Montana. Founded in 1996 by Joe and Clover Quinn who were impressed by the health benefits and taste of emu meat, they soon became aware of the soothing benefits of the 100% Pure Emu Oil. Joe and Clover and their four grown children and grandchildren continue to be enchanted by these unique birds …

Clover is President of the Montana Emu Association and a Chamber of Commerce member.  She has hosted Leadership Bitterroot and a delegation of Travel Journalists, as well as a group of entrepreneurs from Japan. 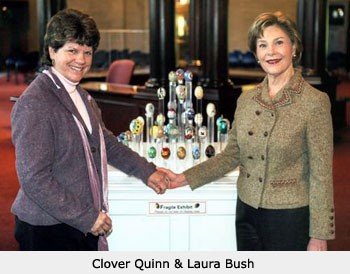 According to Clover, “Joe does most of the work, and I have most of the fun.” Clover gives about 100 tours a year to school children, individuals, civic groups, and customers. She gives talks to local groups, and has presented Emu ranching as a viable option to College classes at MSU. She manages most of the sales, supplying Emu Oil products to over 20 outlets in Western Montana, and providing a booth at the Hamilton Farmer’s Market six months of the year.

In 1999 she was privileged to be sent to Russia to help two Russian farms learn more about raising Emus. Clover was invited to decorate the (chicken) egg to represent Montana for the 2008 White House Easter Egg presentation to the First Lady, as a spin-off from having hosted the National Emu Convention in Missoula, during the summer of 2007. 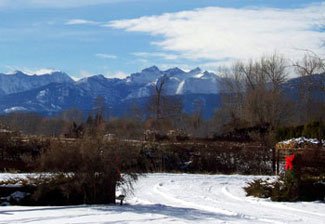 Wild Rose Emu Ranch offers the highest quality Emu oil products available. The 100% Pure Emu Oil is odorless, tasteless, and refined from the fat of their own birds. With the emu being 95% usable, we also offer emu meat, emu eggs, emu leather and feather products. Equally as important, we offer the highest standard of service possible. You ARE the most important customer we serve!